Roots of Gothic art come from Northern France of the 12th century. Later it spread to almost all of Western Europe. Gothic, as a concept, has affected many types of arts: architecture, painting, sculpture, as well as clothing style. The predominantly Gothic style in clothing is the preference of young people (men and women) who are keen on the Goth subculture.

The beauty of Gothic is undeniable, but it is distinguished by a kind of gloomy majesty, severity, and bewitching coldness. This is due to the fact that the origins of the style lie in the deep Middle Ages – a time when knights performed feats, dedicating them to ladies of the heart, witches burned, and the Catholic Church possessed indisputable dominance.

For the first time, the style originated in France, then it found its place in Italy, England, and after a short time, it spread almost throughout Europe.

In medieval Europe, Gothic reigned in the very atmosphere and, as a result, manifested itself in clothing. The Gothic style in the clothing of the Middle Ages is distinguished by pointed forms, thin, tightly laced, waist, teeth at the edges of clothing, and long trains.

Nowadays, there are several trends in the Gothic style, the main symbols of which are black silver jewelry. The most popular materials for making garments are leather, mesh, vinyl, silk, and velvet.

Severity, gloom, and catchiness are considered the distinctive features of the style. The style is based on cold depressive color combinations: black with red, black, and white, which is also observed in the contrasting combination of pale skin and total black makeup and hair.

The most traditional Gothic style of dress is the antique style. This option includes stylization of the main fashion trends coming from 18-19 centuries. The main feature of the trend is lace, gloves reaching the elbows, long dresses to the floor, corsets, veils, corresponding to the style. For men, they are often top hats and tailcoats. This direction includes elements of romanticism and neo-Gothic.

The next style is a vampire style that is widely used. due to the imitation of popular movies with the Dracula. Girls in the Gothic style tend to emphasize their sexuality and give the image a rock sound, which is achieved with the help of bright red shades in lipstick, manicure, and some details of clothing. Often the Gothic style overlaps with the theme of metal music. Leather clothing, chains, sadomasochistic paraphernalia such as collars, latex clothing do not contradict the aesthetics of the style.

Those wishing to challenge tradition can easily opt for a Gothic wedding that will forever remain in the memory of a couple and guests. In this version, the dazzling whiteboard is replaced with black, while adding colors such as scarlet, purple, burgundy, or white is possible. For example, it can be a black dress with stockings or tape around the neck in a contrasting color. Particular attention should be paid to the fabrics for a gothic wedding dress. They must have a shiny smooth surface: leather, silk, chiffon, satin, latex, lacquered fabric. Traditionally, brides always wear a white dress. Along with the veil the dress symbolizes an innocence and femininity. But modern brides do not always choose a white dress, although it remains an imperishable classic. A Gothic wedding dress will suit daring and extravagant brides only.

To make bride’s image complete and vivid, it is necessary to define characteristics of the Gothic style for a wedding dress. The main distinguishing features are the elongated proportions, pointed shoes and headdresses. Gloomy, cold beauty and solemnity are main features of Gothic wedding dress. The lines are elongated, smooth; the colors are dark, somber and sexy. Such dresses often have a corset, which can be either only at the waist, or cover both the waist and the chest at the same time. A Gothic-style dress looks bold, extravagant and extremely attractive. If the inner world of the bride meets all mentioned above, then it is worth choosing such dress. and the bride should like her dress for sure and should feel herself confident and beautiful.

How to distinguish the Gothic style from other styles and define its uniqueness? Recently, the processing of photographs in the modern Gothic style has become more and more popular. The Gothic style of modern times is a common gloomy informal style that includes many subspecies. The Gothic style can vary from a pretty style with a slight effect of calm, sad and slightly melancholic atmosphere to a rather difficult to perceive heavy Gothic style.
The mysteriousness that shrouds the Goth subculture causes an ambiguous reaction. He attracts some people, but others don’t understand its philosophy. But certainly it does not leave anyone indifferent.
People do not cease to be attracted by riddles, mysticism. That is why there will always be adherents of this subculture, saturated with dark romanticism and mystery, and the fashion for Gothic in clothes will return again and again. Even if you do not dare to try on a similar look in everyday life, these outfits are quite suitable for a theme party.

What tones are used in the creation and processing of Gothic photography?

The main color of Gothic photographs is usually black. A variety of colors are used as additional ones, mainly purple, red, gray, white, blue. Bright, warm colors such as orange, pink, yellow, gold, etc. are rarely used. (but sometimes there are exceptions). As for the background space, photos can be taken indoors and outdoors.

Often, photographs are made out by adding a background of a dark mysterious forest, unusual nature (usually in cloudy weather), photos are processed under the background of unfinished buildings, or destroyed old buildings (not necessarily of past centuries). Sometimes, with the help of a photo montage, the human figure is placed against the background of gravestones, chapels, crypts, and other mystical places. Photographs are often set under night lighting, and you can see a large full moon in them. Daylight occurs, but less frequently. The background of heavy storm clouds looks stylish, photo in windy weather look more mysterious.

If you want to process photos indoors, Gothic photos are usually taken against a background of black curtains/curtains, surrounded by candles, skulls, crystal balls, and other near-magic elements. The candles are black, red; girls especially love magical aesthetics. In the Gothic style, the aesthetics of the afterlife and otherworldly are appreciated. You look at such a photograph and you feel like you’re in a fairy tale. Sometimes, by editing, such elements as coffins are inserted into photographs, there are even peculiar photographs when the portrait of the person depicted is applied to the monument! Similar creative effects can be added by processing, having initially a completely ordinary photo with a nondescript background. This can be: replacing the background, photo collages, using 3D modeling, creating a photo picture. As a result of such a photo processing technique, it is possible to create real masterpieces of Gothic art.

Another of the Gothic photographs that are quite different from other styles of design is the background of ruins, destroyed buildings – from unfinished buildings of modern factories to abandoned old buildings, churches, etc. 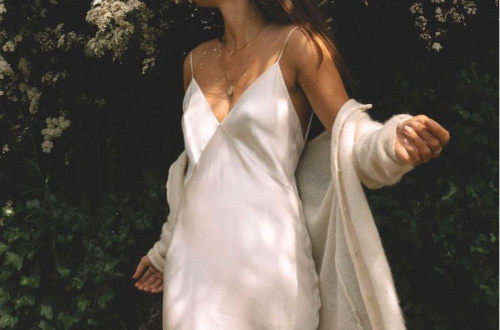 17 Outfit ideas With a Touch of Satin! 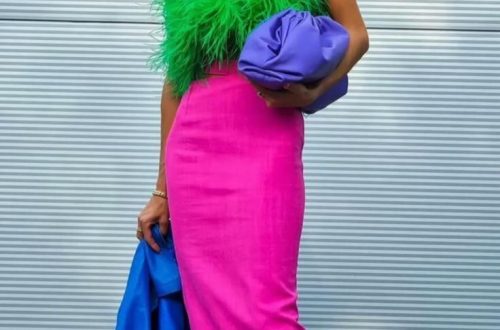 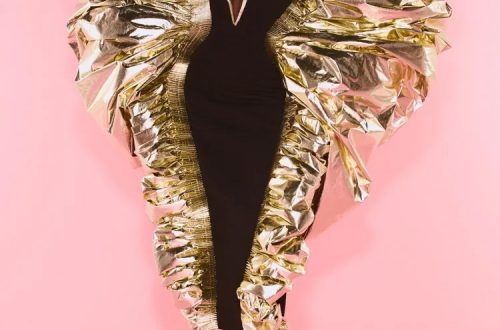 5 Trends in Dresses That We Will Not Stop Wearing According to Haute Couture!